Summaries capturing the main findings of some of our key publications for the non-specialist. 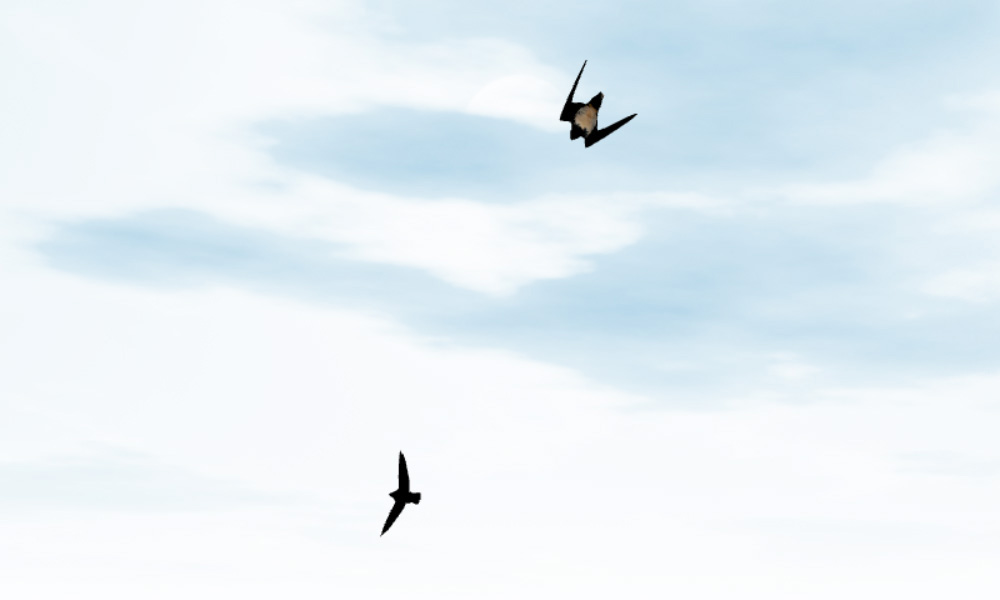 Mills et al. (2018) Physics-based simulations of aerial attacks by peregrine falcons reveal that stooping at high speed maximizes catch success against agile prey. Peregrine falcons are famed for their high-speed, high-altitude stoops. Hunting prey at perhaps the highest speed of any animal places a stooping falcon under extraordinary physical, physiological, and cognitive demands, yet it remains unknown how this behavioural strategy promotes catch success. Because the behavioral aspects of stooping are intimately related to its biomechanical constraints, we address this question through an embodied cognition approach. We model the falcon's cognition using guidance laws inspired by theory and experiment, and embody this in a physics-based simulation of predator and prey flight. Stooping maximizes catch success against agile prey by minimizing roll inertia and maximizing the aerodynamic forces available for maneuvering, but requires a tightly tuned guidance law, and exquisitely precise vision and control. 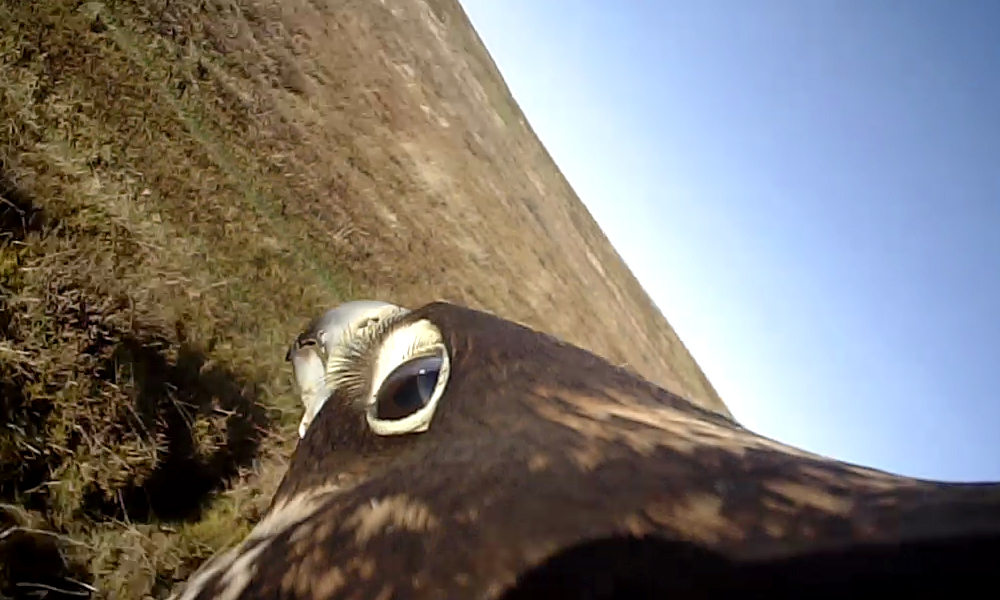 Brighton et al. (2017) Terminal attack trajectories of peregrine falcons are described by the proportional navigation guidance law of missiles. Renowned as nature’s fastest predators, peregrines are famous for their high-speed stooping and swooping attack behaviors. We used miniature GPS receivers to track peregrines attacking dummy targets thrown by a falconer or towed by a drone, and fitted a mathematical model describing the dynamics of the guidance system used in interception. We collected onboard video giving a falcon’s-eye view of the attacks, and used this to validate our conclusions for attacks on live targets. Remarkably, we find that the terminal attack trajectories of peregrines are described by the same feedback law used by visually-guided missiles, but with a tuning appropriate to their lower flight speed. Our findings have application to drones designed to remove other drones from protected airspace.